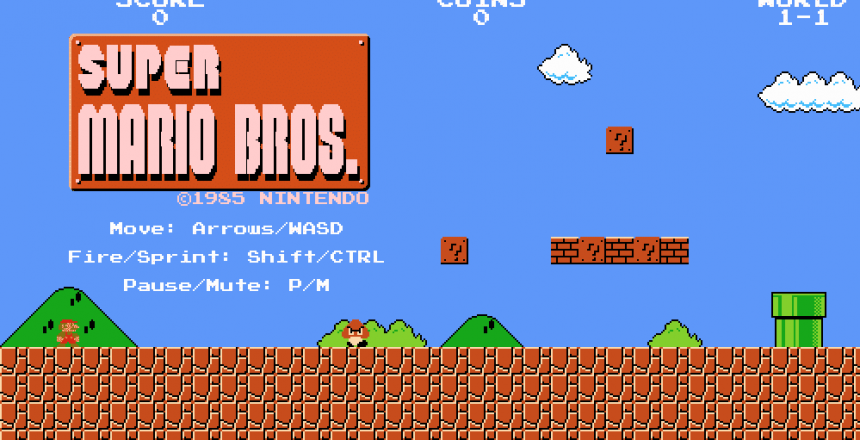 About a month ago I stumbled upon Full Screen Mario. An open source HTML5 remake of the classic platform game. It contained all 32 levels, a random map generator and a level editor. For me, and probably the other 2.7 million visitor to the site, it was a nostalgic look back at my childhood, and a realisation that this game was my introduction to the immense possibilities of digital technology.

This tribute site has now been forcibly shutdown by Nintendo.

My first thought was “Has Nintendo gone mad?”.

The reasoning behind this flex of corporate muscle, comes down to one thing… Branding.

The Nintendo Brand is obviously sacred ground. They have a persona, ethos and reputation to uphold. But to who? I see their audience as two clear sectors, primarily children 8-14 years, and secondarily parents that use ‘Brain Train’ or similar. Full Screen Mario would not have been on the radar for these audiences and in no way would have caused a negative perception of Nintendo’s brand today.

The audience it did reach however, was the 2.7 million former fans that had forgotten all about Nintendo. The remake was not even live for a month, and Nintendo was injected back into the minds of its original consumers. Just think about the exposure to a forgotten audience this would have received, if it was not forcibly removed from the web.

Nintendo should have seen this as an opportunity. Instead of demanding a stop, why not work with those that have created the remake (at their own cost) to make any necessary improvements that may not have been on-brand. Then they should have promoted the page as a free taster of the Nintendo of old.

EDIT:
Luckily a new project is up and running here.